Telspace Systems was invited to present its Wireless & Bluetooth Hacking 101 training course at the first-ever TakeDownCon in Dallas recently.

The conference, which took place between 14-19 May 2011, was the first of the EC-Council’s new technical IT security conference series.

“We are privileged to have had the opportunity to train students at this new security conference series,” says Dino Covotsos, CEO of Telspace Systems.

According to feedback reports, the training course was very well-received by the students, the majority of which were from the US government. “The course was fantastic . It was very fast-paced and in depth. It provided a great learning experience,” was one of the comments received by a student.

Student feedback was as follows: 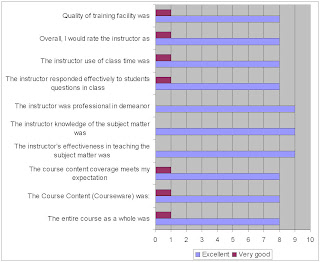 The Wireless & Bluetooth Hacking 101 course ran over 2 days after which each student went home with a brand-new iPad 2 device.

Says Covotsos, “The training was truly exceptional, and we got a large amount of new business interest and networking contacts as a result. It was an honour for Telspace to be recognised alongside international IT training providers.”

Also at TakeDownCon, Rodrigo Rubira Branco, The Director of Vulnerability Malware Research at Qualys and founder of the Dissect || PE project, did a presentation on automated malware analysis, which is currently considered to be the top trend in the security industry. We recommend you check out his presentation and slide deck at the TakeDownCon website.

Telspace Systems has been invited to offer its Wireless & Bluetooth Hacking 101 training course at two other associate conferences, namely Hacker Halted - Miami at the end of October 2011, and TakeDownCon Las Vegas in December 2011.

“It bodes well not only for Telspace Systems, but for South Africa if we are recognised at these types of international conferences,” says Covotsos. “International trends are usually ahead of local ones – and it helps us and our clients to travel abroad like this so that we can bring back home the knowledge we gained, and share it with the local industry.”