We are excited and proud to announce that our boot camp / internship kicked off yesterday! 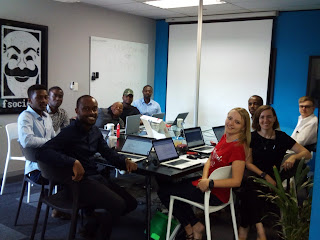 After approximately 100 thorough interviews, which covered a number of areas, we have secured 10 new interns. The areas we covered during the interview stage, to name a few were:

From a statistics perspective, the weakest area identified was cryptography (a future post on interview statistics is planned!)

We believe our internship / boot camp surpasses the industry “norm” due to the following reasons:


We will be hosting a few more boot camp throughout the year, so keep your eyes peeled if you are interested in taking part in one!

Good luck to all our new interns, we hope to see many shells and calcs being popped!